When Ramon Fulson (’08) first attended MNU on a football scholarship, he never imagined the impact it would have on his life. Now a lead consultant at Cerner, the health information innovation giant in Kansas City, Ramon reflects on his time at MNU.

During his time at MNU, Ramon thrived as a sports management major and running back/defensive back for the Pioneers. He looks back on his time spent at the university with pride.

“MNU gave me the ability to grow,” Ramon says. “I learned countless life lessons there.”

What Ramon learned as a student-athlete at MNU has continuously helped him in his professional life post-graduation.

“Some of the lessons that have stuck with me the most have been toughness, teamwork, communication and perseverance,” Ramon says. “I was lucky enough to be voted team captain, so learning that leadership role has also been really helpful.”

After graduation, Ramon worked at Enterprise Rent-A-Car. After five years of service, Ramon yearned for something more meaningful.

“I was at a point in my life where I just wanted something different,” he says. “I knew I wanted to do something with healthcare.”

But a job change did not come quickly. After almost giving up, Ramon received an email with a job offer from Cerner.

“It was one week before I was going to take down my job profile on Career Builder,” Ramon says. “From there, it’s been nothing but blessings.”

“My first week there was one of the hardest weeks of my life,” he recalls. “It was pretty much sink or swim, and I just wasn’t used to that. I always had people guiding me in the right direction, like when the coaches say ‘here’s the playbook.’”

Instead of giving up, Ramon recalled a skill he developed at MNU—communication.

“I found a few team members that were leaders in the area and I learned from them,” Ramon says. “After figuring out what to do, I actually earned a promotion in my first year.”

Ramon now finds his work as a strategist rewarding. As a lead consultant in the Investor-Owner and Federal consulting branch at Cerner, his duties involve resource planning, domain management and implementation strategies.

On what advice to offer current students at MNU, Ramon emphasizes that putting yourself out there is one of the most valuable things you can do.

“Go network,” Ramon says. “You can be the smartest person out there, but if you don’t have a good network you’ll only go so far.”

Today’s students can learn a lot from Ramon and gain networking opportunities through MNU’s Career & Life Calling Office and its initiatives. To read about it visit www.mnu.edu/learning-commons/career-and-life-calling. 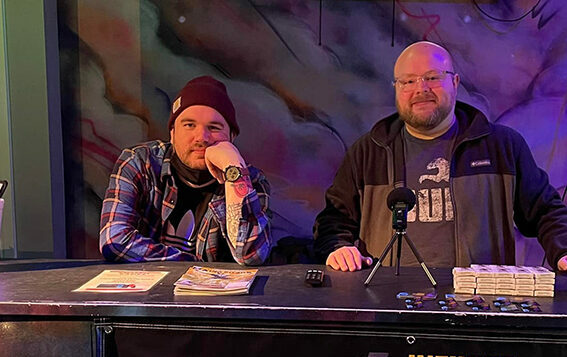